The logger’s outcrop is a diabase dyke swarm, we call the diabase worm rock. This outcrop was first discovered by the logger and is named in his honor. This out crop is part of a series of outcrops extending from Snow Mountain at the south west end of the claims; extending to the farm and on to the north east of the claims.

In front of the logger’s outcrop is a small bog. In one of the water holes flag stone can be seen.

On the north side of the outcrop is a slip fault. 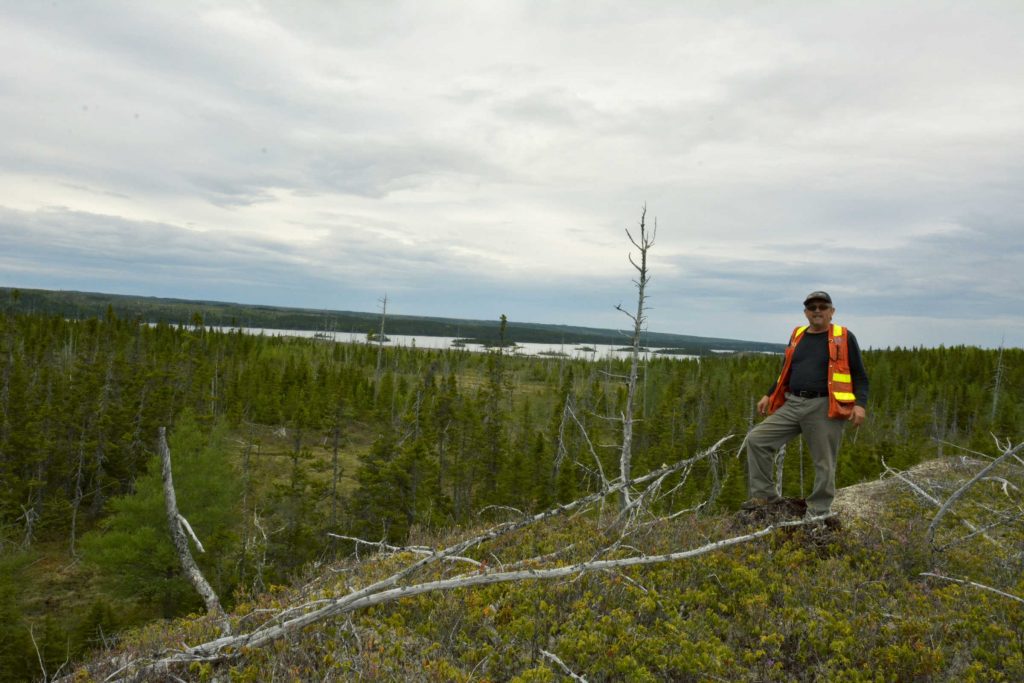