2018 was another interesting prospecting year. At Black Beach there was where a second dyke swarm found. Multiple dykes crossing each other located on an outcrop that is part of the Black Beach line of outcrops. When examined they appear to be created at different times suggesting many seismic events through the years.

The Eagle’s Vision is virgin property that consist of 18 Claims. Exploration work conducted in 2017 marks the first year of any major discoveries: this new area shows excelent prospects for gold, silver, copper, nickel, zinc, titanium, and other valuable Minerals; during the first hours of the first day prospecting, an outcrop containing quarts was discovered; tests of this outcrop returned the best results to date, 21 g/t Au.

We were able to locate a number of interesting feature: faults and fissures; massive quartz veins and veinlets (stock-works) located in multiple outcrops; pyrite; chalcopyrite; vugs and geodes formed in outcrops; very shallow bogs between outcrops; major to massive alterations all positive indicators of a massive Ore-Body. 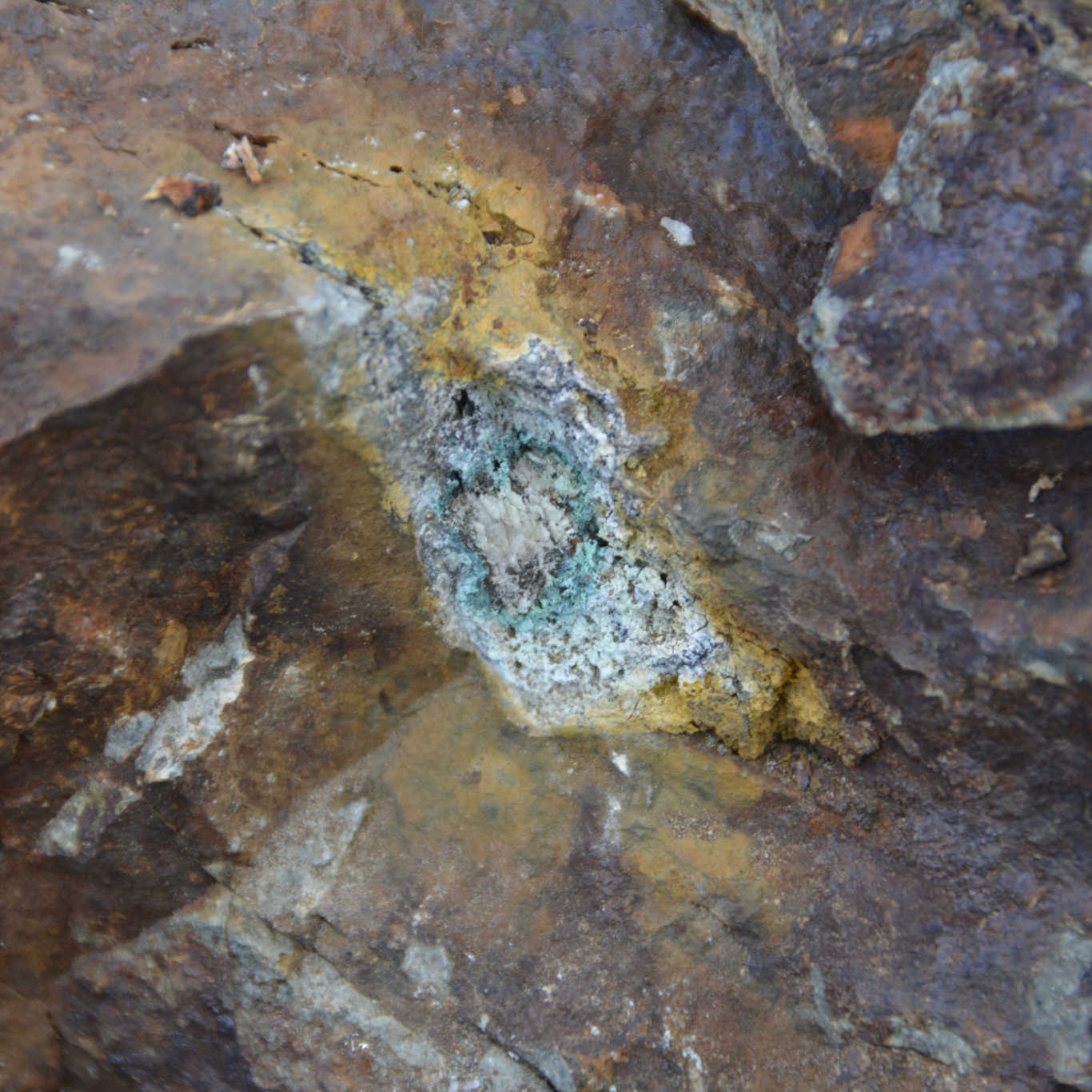 During the 2016 prospecting season I had the pleasure of working with Allan Keats. Al Keats is the great-grandson of Soulis Joe, a renowned prospector. He is part of one of Newfoundland’s largest prospecting family, with approximately 20 members. Soulis Joe’s family has produced 6 generation of active prospectors.

At the 2008 Prospectors and Developers Association of Canada (PDAC) convention; the Keats and Stares families were the recipients of the 2007 Bill Dennis Prospector of the Year Award.

While prospecting on the Eagle’s Vision property with me, Al discovered a brecciated outcrop.