The 2017 exploration work conducted on the Eagle’s Vision Property indicates the potential for a massive orebody. Results from the 2017 exploration sampling program confirms: Gold (Au); Silver (Ag); Copper (Cu); Lead (Pb); and Zinc (Zn), and other anomalies: with gold results up to 21 g/t.

During the summer of 2017 additional licence was added next to the Eagle’s Vision two licences. This Licence is held by our partner who first discovered the gold samples. The addition of this licence brings the total area to 10.5 Square KMS of virgin properties to be explored.

While prospecting in the summer of 2017 SHgk granite was found north west of Beaver Pond and the fault line associated with the pond. During the 2018 prospecting year additional granite samples were found north of our claim in William Pynn’s claim.

When I first looked across the beaver pond I thought the area was recently logged. But after careful examination it was obvious that the area was granite, SHgk granite. 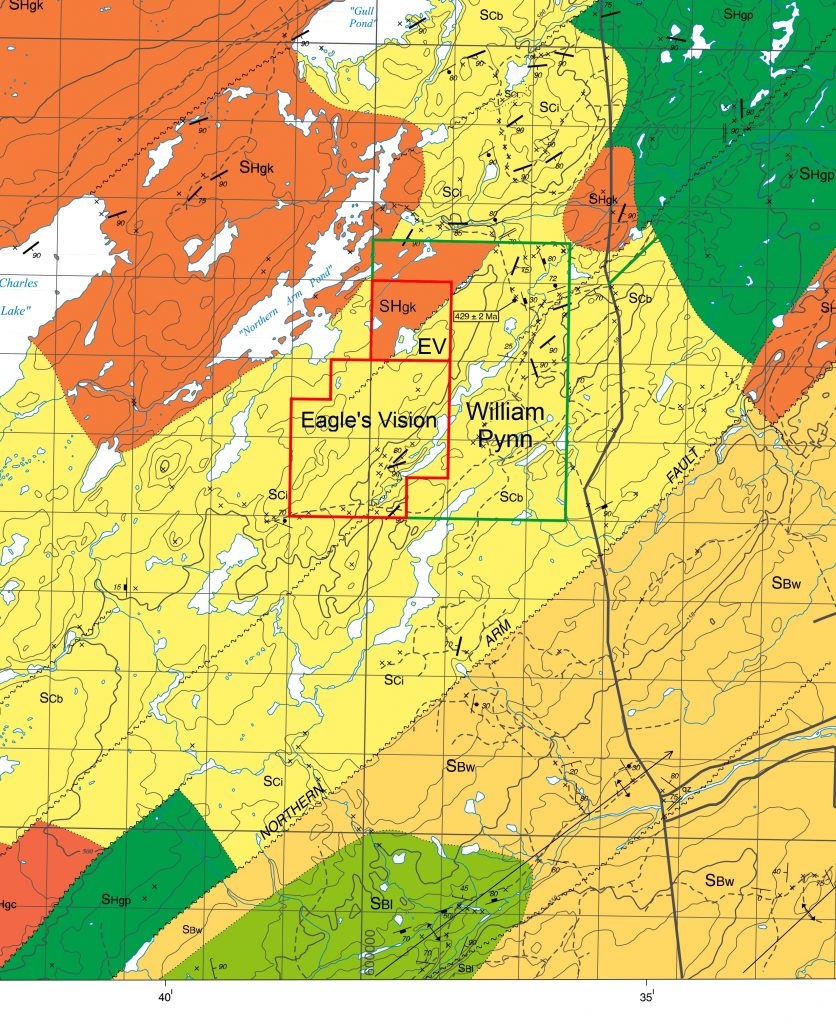 Note: SHgk granite is found on the property in the north west corner, across Beaver Pond and the asscociated fault line. The exact boundry of SHgk and SCi is unknown, the map shows a general area. 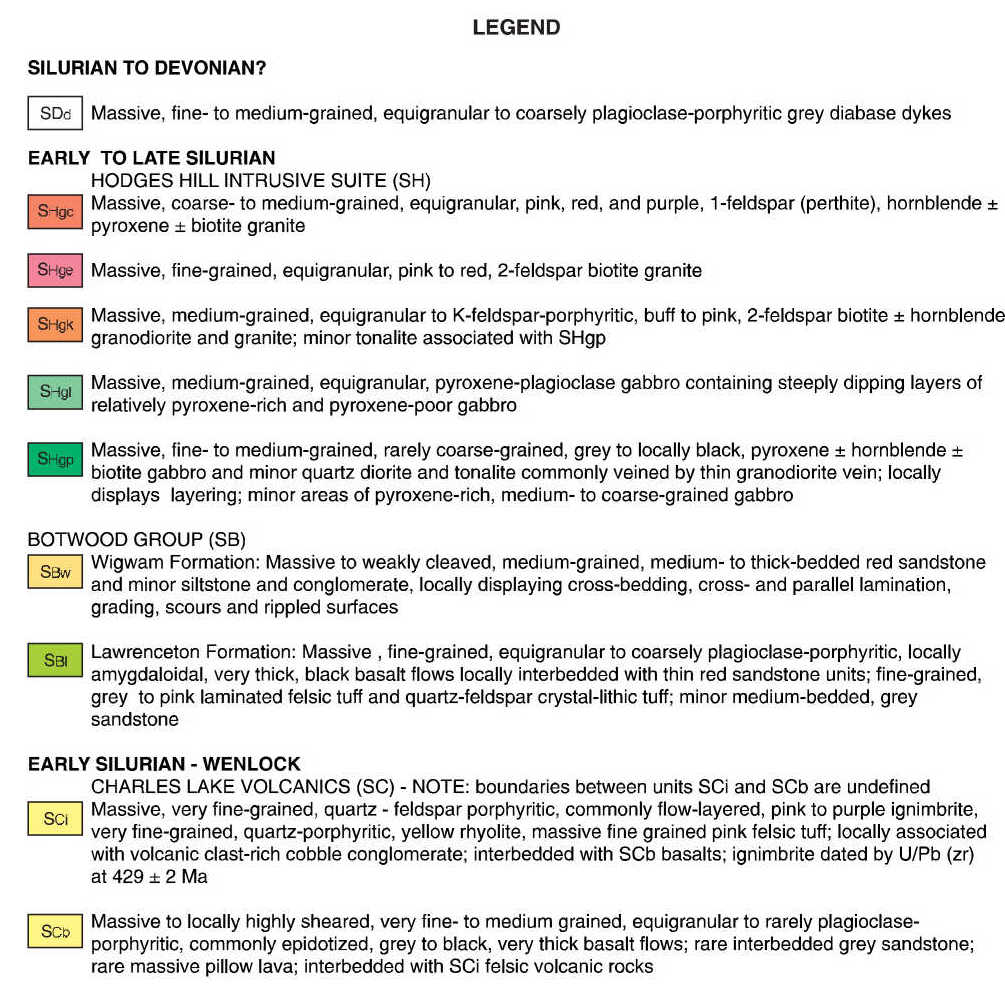 VOLCANOGENIC MASSIVE SULPHIDE (VMS) DEPOSIT
A VMS mineral deposit develops and forms at or near the sea-floor, by the deposition of metals from hot, metal-rich fluids formed by heating salt water that percolates downward, deep into the volcanic rocks under the sea-floor. Hot intrusions below these volcanic rocks heat the waters, which then circulate back up to the sea- floor.

The Eagles Vision Property is in an area of MAJOR to MINOR FAULTING with significant indicators of sub-faulting with multiple stringer zones suspected. Central Newfoundland (Dunnage Zone) is viewed by many as the most highly prospective part of the province for VMS deposits.

PROTO-ATLANTIC OCEAN
Equivalent to Iapetus Ocean: the ancient ocean that existed between about 400 and 500 million years ago, separating the continents that later collided (as a result of plate tectonic motions) to form the Appalachian orogen. Relics of the old ocean floor of the proto-Atlantic are preserved within ophiolites of the Dunnage Zone. Many of the VMS deposits of central Newfoundland formed within island arcs in the same proto-Atlantic Ocean.

General Overview of Past and Present Significant Ore-bodies

Volcanic hosted or volcanogenic base – and precious metal mineralization is typically hosted by, or associated with, submarine volcanic and/or volcaniclastic rocks that are enriched with a major source of copper, zinc, lead, silver or gold; by-products include: Cadmium (Cd); Tin (Sn); and Antimony (Sb)

Note: All of the selected 49 VMS deposits showing on map above are located on “LOWER PALEOZOIC” VOLCANIC/EPICLASTIC ROCKS